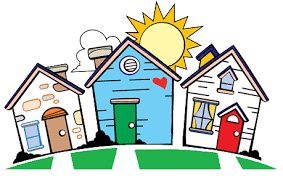 The Government’s announcement to invest $63.4M in Housing First for people who are chronically homeless recognises the work of services such as The People’s Project in Hamilton and LinkPeople in Rotorua.

Wise Group joint chief executive Julie Nelson said The People’s Project and LinkPeople teams are delighted to see the Government’s support for and ongoing commitment to the Housing First approach.

"The People’s Project has been using Housing First in Hamilton since 2014 and has supported more than 880 adults and families with children into homes. In addition, The People’s Project was recently selected by the Ministry for Social Development to be implemented in Tauranga, and this service will start in June."

Housing First is an evidence-based approach which prioritises finding a person a home first and then providing the wraparound support needed to sustain their tenancy and reduce the risk of future homelessness. The approach recognises that it’s easier for a person to address issues such as addictions and better manage their mental and physical health, once they have a home.

In Hamilton, two Waikato DHB social workers have been seconded part time into The People’s Project. Part of their role is to provide specialised wrap-around support for client’s needing access to mental health and addiction services.

"Having a stable home is just the first step. Once people are housed, The People’s Project and LinkPeople continue to provide support to ensure each person is linked to the right services to meet their physical and mental health needs and promote health and wellbeing."

Ms Nelson said people experiencing chronic homelessness often have multiple and complex needs. Data from The People’s Project sourced from a random sample of 206 clients (2016), showed nearly 50 per cent of people had been connected to Adult Community Mental Health or Community Alcohol and Drug Services, with a small proportion (6.8 per cent) with significant medical issues such as cancer and diabetes who were seen by GPs and Waikato DHB.

Ms Nelson said sustainable funding for Housing First services will ensure more support can be provided for longer to some of the most vulnerable people in New Zealand.

"Through our service-level data we know people are presenting with a complexity of issues, and through a significant five-year research project with Otago and Waikato Universities, we will be able to even better understand the nature of these issues before people were housed and the impact on these issues after being housed." Ms Nelson said the research teams were three years into the project.

"The real winners of the Government’s announcement are the people in our communities who will benefit from this significant investment. We must never lose sight of this," Ms Nelson said.