That’s a bit racist is a two part documentary which discusses one of New Zealand's most taboo subjects and highlights the inequities Māori face today. 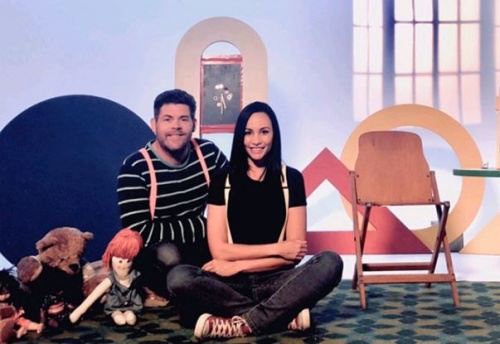 In the first episode, hosts Shavaughn Ruakere and Jo Holley get out and about and test Kiwis’ knowledge of the pay gap between Māori and Pākehā, who is on the $50 note versus the $5 note and whether anyone knows the full cost of Treaty of Waitangi settlements compared with a year of transport or defence funding.

There is also a cute series of Play School-style spoofs in which Manu gets the rough end of just about everything. Talk about spelling it out, but it was a conscious decision to keep it light, says producer Jane Andrews.

The Harvard Implicit Associations test measures attitudes and beliefs, it identifies the reactions that you have without even knowing you’ve had a reaction and that’s a deeply hidden bias. It might be about which Uber driver you take, or who you sit next to on the bus. You may not know you’re making decisions, but you are, and a lot of them are based on race.

More serious research will be revealed in episode two: the results of unconscious-bias research done for the film-makers by Harvard University.

You can watch the documentary on TVNZ OnDemand - click here to watch episode one.